Institute of the Bienaventurada Virgen María 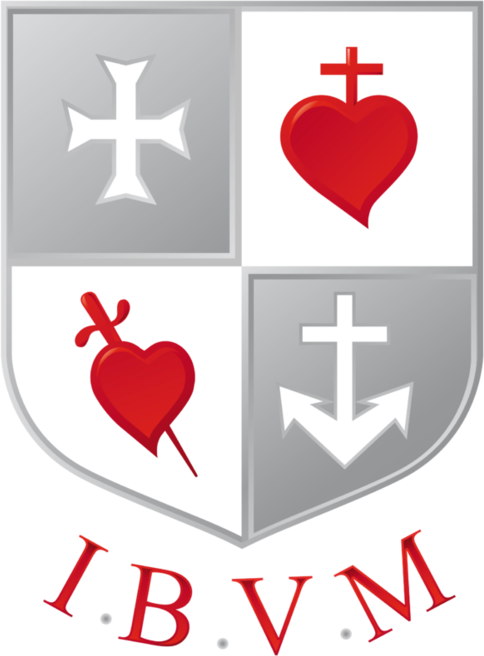 The Institute of the Blessed Virgin Mary (IBVM) is a religious community inspired by Mary Ward who wants to live her spirituality and share it with all the people with whom they live. They are present in countries around the world and try to take the spirit of their founder everywhere to make this world a better place.
The Institute of the Blessed Virgin Mary was founded in 1609 by Mary Ward, a young English woman who, despite the difficulties and persecution suffered by Catholics in her country, showed an unthinkable strength and determination for a woman of his time.
From his example, a congregation free of closure was born to respond to the pressing needs of his time. Following the pattern of the Society of Jesus, he established himself autonomous and independent of the power of the bishops and with direct obedience to the Pope.
But it was not an easy time and a few years after it was founded, the congregation lost the pope’s favor, was suppressed and Mary Ward imprisoned. For years, the followers of Mary Ward kept the Institute in hiding, until recovering papal support. After his death, the charism of Mary Ward is still alive today in each and every one of the members that the Institute of the Blessed Virgin Mary has spread around the world.

“Until you get to heaven you won’t know how beautiful Spain is.” With these words he managed to convince the Cádiz Conception López, religious of the IBVM, to the then superior, Teresa Ball, of the importance of spreading through our country. In 1845 a group of religious was sent to Gibraltar and, from there, they organized a school in Cádiz at the request of a group of parents. But the changing history of the Spanish 19th century will lead them to leave Spain ten years later, their work being continued by lay people.
The return to Spain, this definitive time, occurs in 1888, by the hand of M. Stanislaus Murphy. When the school is small, they move to the Sevillian town of Castilleja de la Cuesta. Years later the first mixed school in the city will be established in Seville.
It was in 1904 when the IBVM expanded in Spain. First to Biscay Zalla, thus founding the germ of what is now the community and school of Lejona. And, later, but in the same year, to Madrid.
Throughout the twentieth century, Las Irlandesas schools in Spain have had a great social prestige for various reasons: coming from Europe the religious raised a differentiated educational spirit in which learning English was an attractive novelty for the time, as well as his assessment of sports; its openness and breadth of view contrasted with a Spanish ecclesial reality more enclosed in itself. The Irish have educated influential generations of students first and then also students, knowing how to make the transition that the Second Vatican Council asked the religious congregations. The option of giving education also to students with limited resources was reflected from the beginning in the attention of free students that ended up being integrated with the paid student.
If you want to know them more thoroughly, here is their website: www.ibvm.es.

Our schools are Catholic educational centers, impregnated with the charism of our founder Mary Ward, with an open mind and committed to society and the environment in which we live, inspired by the values of the Gospel.
If you want to know more about IBVM schools (Spain), click here.

Each year, all of our schools collaborate with a Mary Ward Foundation project. With this, we seek to educate our students in the construction of a fairer world, making us aware of the realities in impoverished countries and being in solidarity with them.
If you want to know more about the Mary Ward Foundation, go to its website:www.fundacionmaryward.org